Originál: "If you are black, if you are white. If you are gay, if you are straight. If you are transgender. Whoever you are, whoever you wanna be. I support you. I love every single one of you." Zdroj: https://youtu.be/hBneQ83Firs

„People in general, not just girls, but people who are younger are obviously extremely impressionable. And I do think it’s important. There's obviously a lot of different body images that are thrown around in society in general. Some things look like they’re more acceptable and some things are made to feel like they’re unacceptable. So, I think it’s very important that it empowers people in general. I think that anytime you can make someone who potentially might not feel as great about themselves as they should, feel better about themselves, I think that’s always a positive thing.“ 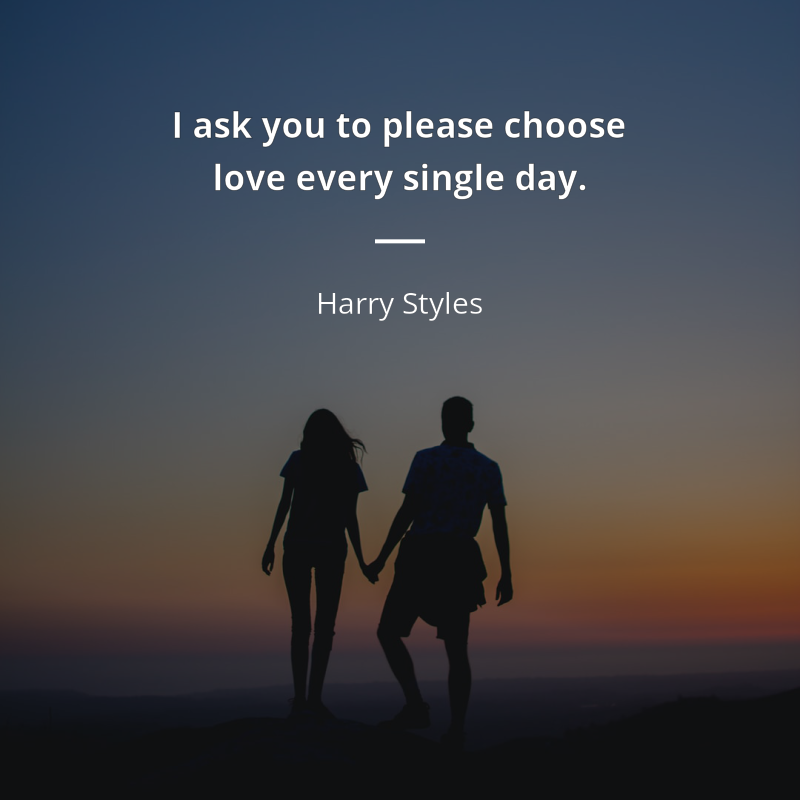 Speaking at his concert the day after the Manchester Arena bombing (23 May 2017) https://www.businessinsider.com/harry-styles-stops-concert-speech-on-manchester-attack-2017-5?IR=T

„How can you say young girls don't get it? They're our future. Our future doctors, lawyers, mothers, presidents, they kind of keep the world going.“

Interview by Cameron Crowe in Rolling Stone (18 April 2017) http://www.rollingstone.com/music/features/harry-styles-opens-up-about-famous-flings-honest-new-lp-w476928Kontext: Who's to say that young girls who like pop music – short for popular, right? – have worse musical taste than a 30-year-old hipster guy? That's not up to you to say. Music is something that's always changing. There's no goal posts. Young girls like the Beatles. You gonna tell me they're not serious? How can you say young girls don't get it? They're our future. Our future doctors, lawyers, mothers, presidents, they kind of keep the world going. Teenage-girl fans – they don't lie. If they like you, they're there. They don't act 'too cool.' They like you, and they tell you. Which is sick. 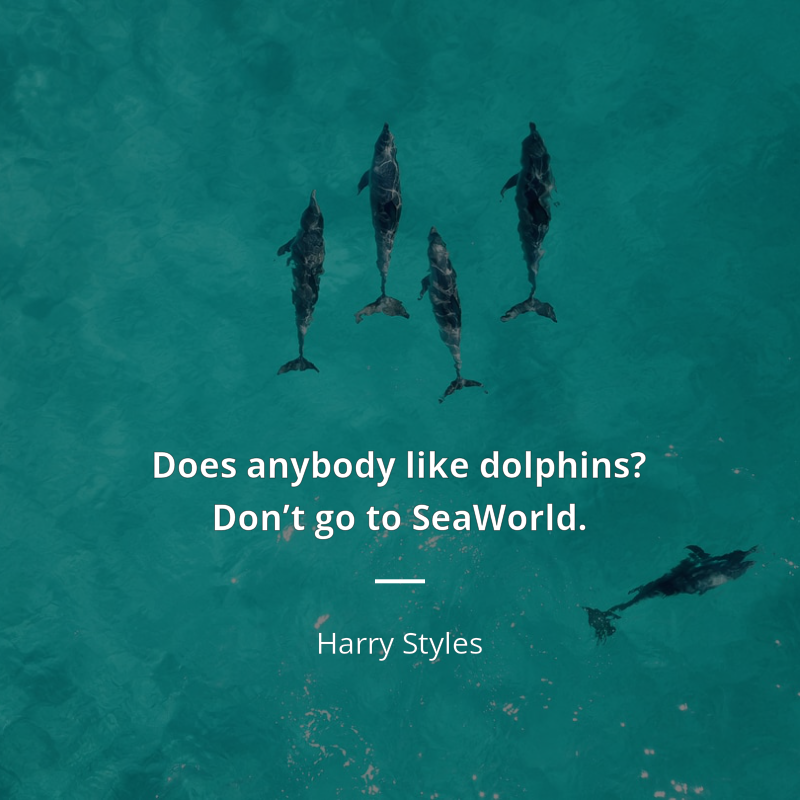 It is what it is, I tend not to do that. Interview with British GQ (September 2013) http://www.gq-magazine.co.uk/article/one-direction-gq-covers-interview

„I didn’t grow up in a man’s man world. I grew up with my mum and my sister. But I definitely think in the last two years, I’ve become a lot more content with who I am. I think there’s so much masculinity in being vulnerable and allowing yourself to be feminine, and I’m very comfortable with that. Growing up you don’t even know what those things mean. You have this idea of what being masculine is and as you grow up and experience more of the world, you become more comfortable with who you are. Today it’s easier to embrace masculinity in so many different things. I definitely find – through music, writing, talking with friends and being open – that some of the times when I feel most confident is when I’m allowing myself to be vulnerable. It’s something that I definitely try and do.“

In conversation with Timothée Chalamet for i-D Magazine (2 November 2018) https://i-d.vice.com/en_uk/article/evwwma/harry-styles-interviews-timothee-chalamet-photos

„Brooklyn saw me, empty at the news
There's no water inside this swimming pool
Almost over, had enough from you
And I've been praying, I never did before
Understand I'm talking to the walls
I've been praying ever since New York“

„We never learn, we been here before
Why are we always stuck and running from
The bullets?
The bullets?“

„No. We don't really do that. We feel that objectifies women and that's not really what we're about.“

„I believe in equal rights for everyone. I think God loves all“

Twitter response to anti-gay religious group Westboro Baptist Church picketing a One Direction concert (19 July 2013) https://www.huffingtonpost.com.au/entry/westboro-baptist-church-one-direction_n_3634663Kontext: Despite the company outside, I believe in equal rights for everyone. I think God loves all. Thanks for coming to the show though.